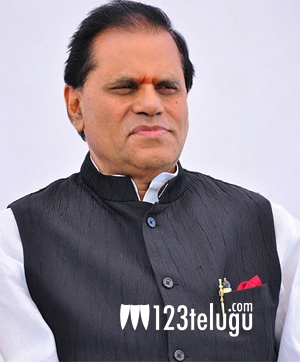 In February last year, senior producer, industrialist and politician T Subbarami Reddy had announced a multi-starrer featuring the Mega brothers, Chiranjeevi and Pawan Kalyan. TSR also said that this crazy project will be directed by Trivikram.

In his latest media interaction in Warangal, Subbarami Reddy has said that the story for Chiru-Pawan’s multi-starrer is half done. “Script is the third hero in this movie. The project will go on floors as soon as the full script is ready and both Chiranjeevi and Pawan Kalyan give it a green signal,” Subbarami Reddy said.

Incidentally, Pawan Kalyan had recently announced his retirement from movies to dedicate himself to full-time politics. On the other hand, Chiranjeevi will be busy with the prestigious biopic on Uyyalawada Narasimhareddy, Sye Raa, until next year. In this scenario, it remains to be seen if TSR’s Mega multi-starrer will materialize eventually.