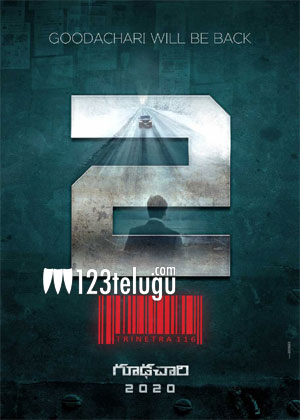 Hero Adivi Sesh’s acclaimed spy thriller ‘Goodachari’ is one of the biggest hits of the year. During the film’s promotions, Sesh revealed that he has plans to make a sequel to Goodachari and that it will be on a much bigger scale.

And on the occasion of Sesh’s birthday, an official announcement has been made, revealing that the script work for Goodachari’s sequel is underway these days. The shooting is likely to commence from mid 2019. The film will be made with a high budget and it would be shot across many locations.

Rahul Pakala, who was one of the script writers for Goodachari, will be directing the sequel. The film will hit screens in 2020. More details will be revealed in the coming days.