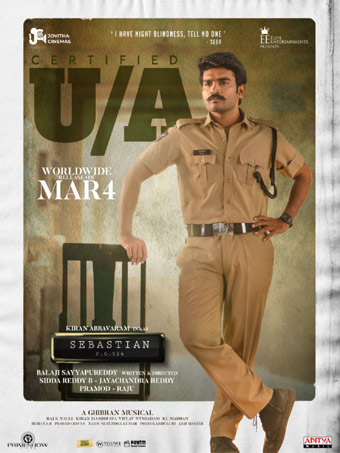 Kiran Abbavaram is now getting ready with his new film ‘Sebastian P.C. 524’. Written and directed by Balaji Sayyapureddy, the film is being produced by B Sidda Reddy, Pramod, and Raju.

The news now is that the film has wrapped up its censors with an U/A certificate. With this, the last minute formalities of this film have been wrapped up and the film will be out on the 4th of March.

Namratha Darekar (aka Nuveksha) and Komali Prasad are the film’s heroines. Elite Entertainment is presenting the movie, while Jovitha Cinemas is producing it.