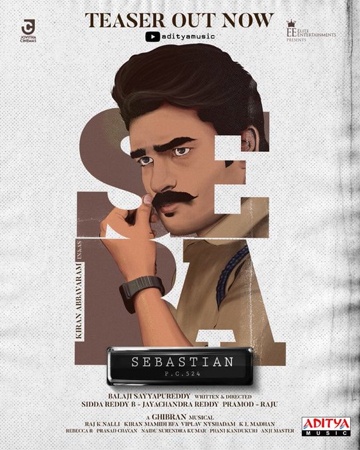 Kiran Abbavaram scored a hit with SR Kalyanamandapam in 2021. His upcoming movie, ‘Sebastian P.C. 524’, is a village-based story and the makers released the teaser today.

The film is set against the backdrop of a hero with night blindness. Kiran is seen as a cop with this issue and how he handles his job in such a situation looks nice in the teaser.

Kiran also performs well in his fun role. The backdrop and the situational comedy evoked looks good. The tense part and thrilling elements have been kept as a surprise by the makers in the teaser.

Written and directed by Balaji Sayyapureddy, the film is being produced by Pramod and Raju on Jyovitha Cinemas and presented by Elite Entertainments.