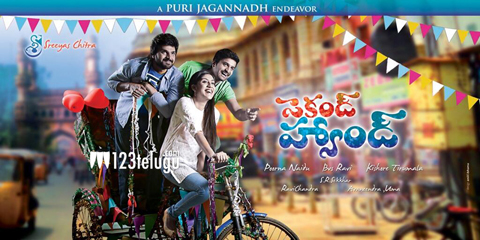 Popular director BVS Ravi is all set to turn producer. His maiden production venture is ‘Second Hand’ and the movie’s first look was released today by director Puri Jagan on twitter. The film is expected to be a romantic entertainer and the theme of the film will revolve around the concept of break-ups. Kishore Tirumala is the director. Dhanya Balakrishnan, Sudheer Varma, Kireeti, Anoojram and Vishnu will be seen in important roles.

Ravi Chandra has composed the film’s music. He happens to be a protege of famous music director M.M. Keeravani. BVS Ravi is expressing his confidence about the project and he has thanked director Puri Jagan for his support and encouragement. “Thank you so much Puri Jagan sir. If it were not you, this endeavour couldn’t have been possible. A pat of urs is a ton of confidence!”, he tweeted.