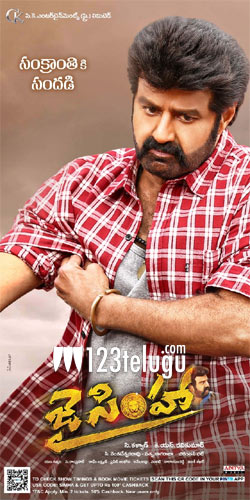 The release of Balakrishna’s Jai Simha is nearing soon and on this occasion, producer C Kalyan spoke to the press and revealed some very interesting updates about the film.

K S Ravi Kumar directs this film which will showcase Balayya in two different looks. Nayanthara plays the female lead in this film which is up for a release this 12th of January.