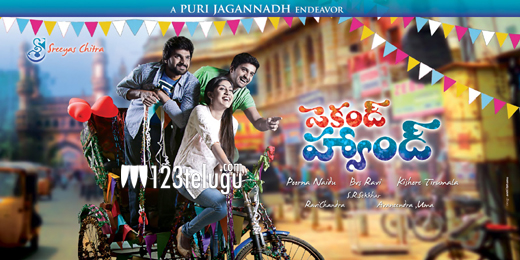 Second Hand, starring Sudheer Varma, Kireeti, Anuj, Vishnu and Dhanya Balakrishnan, is finally gearing up for release on December 13. Directed by Kishore Tirumala, the film has been produced by Poorna Naidu and noted writer BVS Ravi is the co-producer.

The film’s audio was launched a long time ago and the songs have got a decent response. One of the highlights in the film is said to be a song which has been canned in a single shot. Second Hand deals with break ups and how youngsters deal with them these days.

Ravi Chandra has scored the music and Avaneedra is the cinematographer. Multidimension Entertainment Pvt Ltd is presenting the film and Poorna Naidu has produced it under Shreyas Chitra banner.