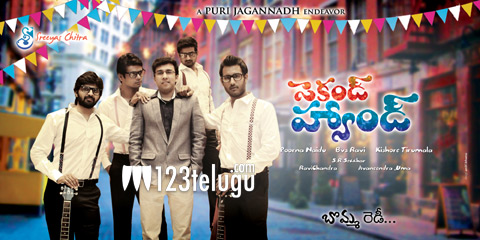 The movie ‘Second Hand’ managed to create a good buzz with its first teaser. The film has been produced by noted writer BVS Ravi and the movie is gearing up for a release soon. The first copy of the film is ready and BVS Ravi is quite happy with the way in which the movie has shaped up. Kishore Tirumala is the director. Dhanya Balakrishnan, Sudheer Varma, Kireeti, Anoojram and Vishnu will be seen in lead roles.

The movie is going to hit the screens soon. Ravi Chandra has composed the music and Avaneendra has handled the cinematography. Editing has been taken care of by S.R.Sekkhar.