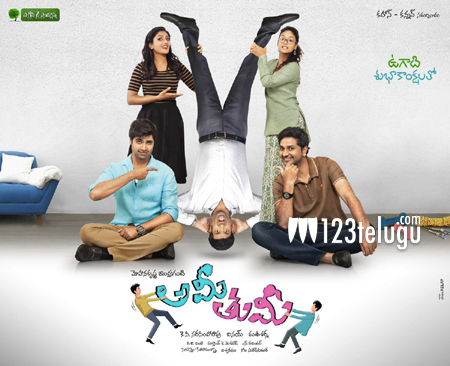 Noted director Indraganti Mohanakrishna, who tasted success with his last year’s release Gentleman, is coming up with a rom-com entertainer titled Ami Thumi. The film’s recently released trailer and first single have caught on well with the audience and raised expectations on the film.

The makers are happy with this positive feedback and they have decided to release the second single ‘Takadhimitana’ tomorrow at 6 pm. Touted as a confusion comedy entertainer, the film has its music composed by Melody Brahma Manisharma.