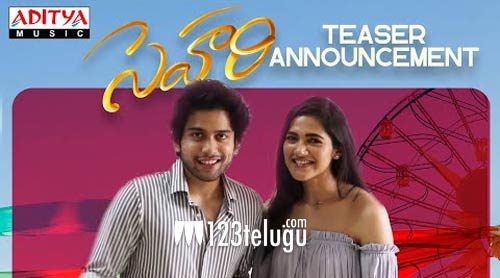 The makers of the upcoming romantic entertainer, Sehari, starring Harsh Kanumilli and Simran Chaudhary, just released a fun video to announce the teaser launch date. The film’s teaser will be out on the 16th of this month.

The announcement video features the film’s hero Harsh being mobbed by fans who call him a ‘Virgin Star’. The video also features a few viral moments of Nandamuri Balakrishna slapping Harsh’s hand and throwing away his iPhone during Sehari’s first look launch.

Sehari is being directed by debutant Gangasagar Dwaraka and produced by Advaya Jishnu Reddy in association with Shilpa Chowdary under Virgo Pictures banner. Stay tuned for the teaser.