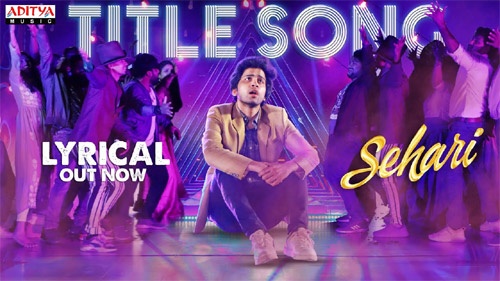 Harsh Kanumilli and Simran Choudary’s upcoming film, Sehari is carrying optimistic reports, ever since teaser of the movie was released.

The makers have kick-started the musical promotions of the film. Today, they have released a lyrical video of the title song of the film. The song scored by music director Prashanth R Vihari is instantly likable with a catchy hook line and foot-tapping beats.

Harsh Kanumilli showcases his dancing skills in the song under the choreography of Yash master. Gnanasagar Dwaraka has made Sehari a crazy rom-com laced with youthful elements. Advaya Jishnu Reddy in partnership with Shilpa Chowdary is producing production No 1 of Virgo Pictures which is in post-production stages and is gearing up for release soon.