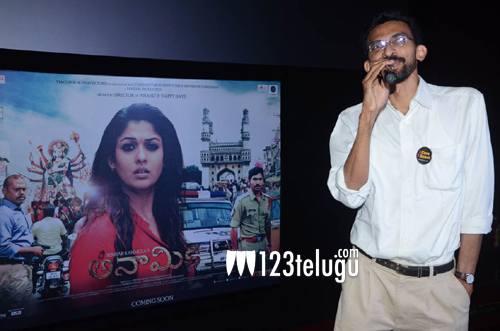 Sekhar Kammula is betting big on the success of his forthcoming film Anaamika. The film stars Nayanthara in a lead role and she’ll seen as a young woman who comes to Hyderabad in search of her husband. Harshvardhan Rane and Vaibhav Reddy have played important roles.

Recently, when the film’s trailer was aired, a lot of people were surprised that Nayanthara isn’t pregnant in the film. Considering the fact that Anaamika is the remake of Vidya Balan starrer Kahaani, this change in characterization triggered a huge debate. Talking to a leading newspaper, Sekhar Kammula said, “We didn’t want to do a frame by frame remake of the film. Besides, it’s a bigger challenge for Nayanthara because it’s easy to make the audience sympathize had she been pregnant in the film. Nayanthara has done a brilliant job in the film.”

M M Keeravani has scored the music and it has been jointly produced by Endemol India, Logline Productions and Select Media Holdings. The film will hit the screens on February 28.