Sekhar Kammula talks about Life is Beautiful
Published on Jul 7, 2012 9:50 am IST 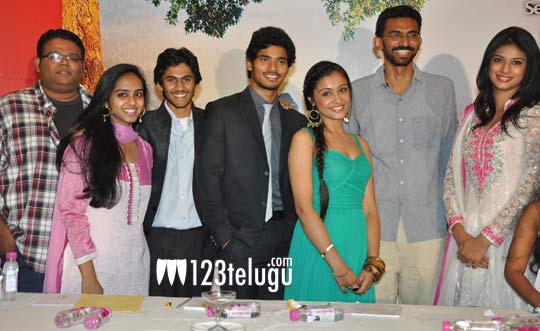 Sekhar Kammula has finally unveiled details about his long delayed project titled Life is Beautiful. The film was supposed to release earlier this year; however, it got postponed for unknown reasons. Talking about the film, Sekhar Kammula said, “Life is Beautiful is a coming of age story of six youngsters set in the beautiful nostalgic world of a working middleclass neighborhood. The film will be in the same flavour of Happy Days, although it’s set in a city colony.” Explaining why the film got delayed, Sekhar Kammula stated that art director Thota Tharani had undertaken the arduous task of recreating an entire colony and neighbourhood of a bygone era. The set alone reportedly cost them Rs 1 crore. He’s introducing several newcomers with this film and all of them were introduced to the media. Abijeet, Sudhakar, Kaushik, Shagun, Zara, Rashmi, Kavya, Naveen, Vijay, Sanjeev and Sriram are playing the lead roles in the film. Mickey J Meyer is composing the music and Vijay C Kumar is the cinematographer. The film’s shooting has been completed and currently it’s in post production stage.