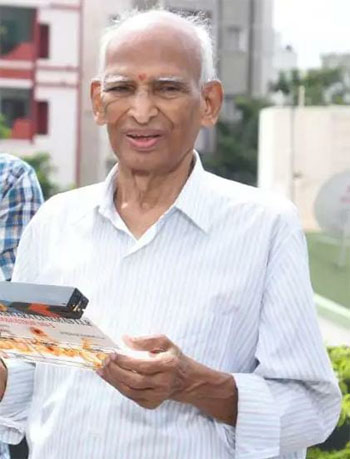 Acclaimed filmmaker Sekhar Kammula’s father Kammula Seshaiah passed away at a private hospital in Hyderabad this morning at 6 am. Seshaiah was 89 and he had been reportedly undergoing treatment for the last few days.

Seshaiah had appeared in a few special cameos in some of Sekhar Kammula’s movies such as Anand and Life is Beautiful. His last rites will be performed at the Bansilal Peta Burial Ground. Fans and well-wishers from the film industry have been extending their condolences to Sekhar Kammula and his family members.

123telugu.com extends its deepest condolences to the bereaved family.