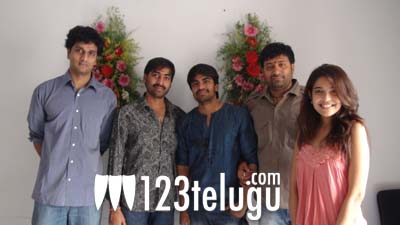 Sekhar Suri, who first came to limelight with ‘A Film By Aravind’, is making yet another suspense thriller. The film has been titled as Aravind-2 and it was launched earlier today in Hyderabad. G Phanindra is going to produce the film on Sri Vijayabheri Creations banner. Sri, of Ee Rojullo fame, is going to play the lead role and Adonica is the lead actress. Rishi and Srinivas Avasarala are also playing important roles. The film’s regular shooting is going to begin from April 10 onwards.