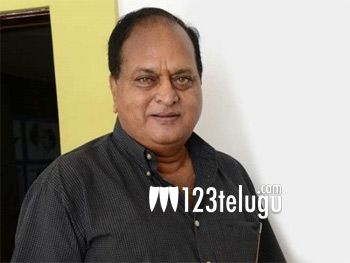 Senior character artiste Chalapathi Rao is reportedly injured on the sets of Allari Naresh’s ongoing film in Bheemaneni Srinivas Rao’s direction yesterday. The shooting was going on at the Ramoji Film City.

Chalapathi Rao was acting in a scene where he had to climb the ladder behind a bus. However, he lost his grip and fell down. The actor was immediately rushed to a corporate hospital in the city and doctors said that there’s nothing to be worried about. More details will be revealed soon.