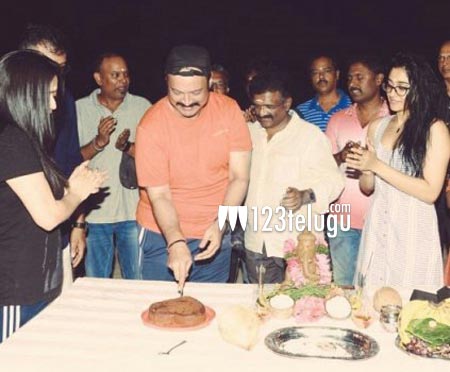 Senior actor, Suresh is one man who has been in the industry for over 30 years now. He has done films in all the south Indian languages and is now doing character roles in his second innings.

Suresh is currently working in a Tamil film called ‘Party’ which is being directed by Venkat Prabhu. This is Suresh’s 300th film in his career and to mark this occasion, the film’s unit got together and celebrated this moment.

The actor made his debut in the 1981 Tamil film, Panneer Pushpangal, before going on to becoming one of the leading actors in the south through the 1980s.