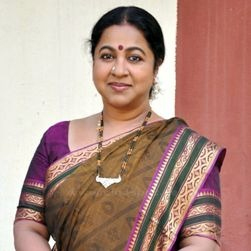 After a brief gap, Taapsee signed a horror-comedy down South. Starring Vijay Sethupathi in a special role, the film is going to be a Telugu-Tamil bilingual.

Now, the latest news is that senior actress Radhika has been roped in for a key role in the movie. Being directed by debutant Deepak, the film also has popular comedian Yogi Babu.

More details regarding the film will be out soon.