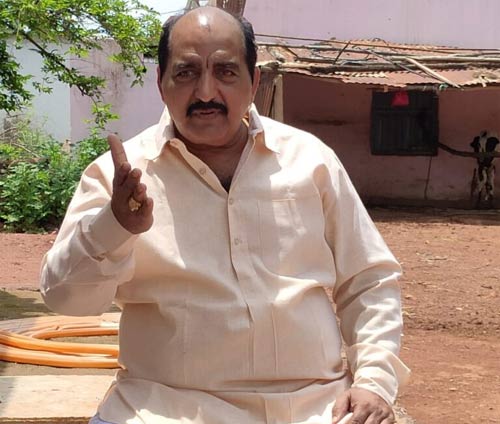 Senior character artiste Rajababu breathed his last on Sunday night (Oct 24). Rajababu was 64 and is survived by his wife, two sons and a daughter. He had been unwell from quite sometime.

Rajababu hailed from Narasapurapeta near Ramachandrapuram mandal in East Godavari district. His father Ramatarakam was an actor and filmmaker and produced Dasari Narayana Rao’s Swargam Narakam and Radhamma Pelli. Rajababu started off as a theatre artists and later moved to Hyderabad and became a popular actor in films and television. Award-winning director Uppalapati Narayana Rao’s 1995 film, Ooriki Monagadu, marked Rajababu’s feature film debut as an actor. Krishna Vamsi’s Sindooram followed and there was no looking back for him.

Rajababu went on to play key roles in movies like Samudram, Murari, Aadavari Maatalaku Ardhaale Verule, Seethamma Vakitlo Sirimalle Chettu, Malli Raava, Sreekaram, Brahmotsavam and Bharat Ane Nenu to name a few. He acted in 62 movies in his 2 and a half decades of career as an actor.

Rajababu was popular for hit TV serials such as Vasantha Kokila, Manasu Mamatha, Chi La Sow Sravanthi and Priyanka. He acted in over 45 serials and received the prestigious Nandi Award for Amma serial in 2005. Rajababu was a jovial person and loved his hometown. His close acquaintances used to fondly call him as Babai.

123telugu.com extends its deepest condolences to the bereaved family members and friends.