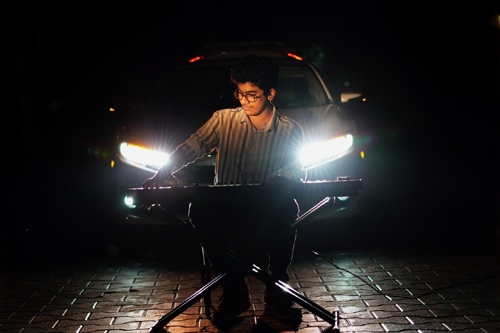 MS Raju has roped in a young music composer who is all of just 14-years-old. His name is Samarth Gollapudi and he has his own fan base for his music on YouTube. What’s even more surprising is that MS Raju has signed up Samarth for a 3-film contract. Not only this, almost all the cast and crew members of 7 Days…6 Nights are younger than 22-years-old. The film is being produced by MS Raju’s son Sumanth Ashwin under Wild Honey Productions banner.