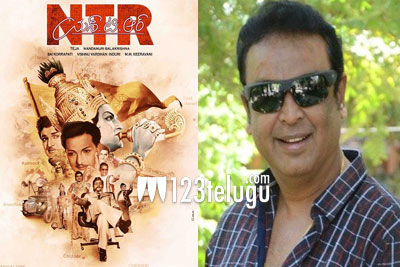 Of late, senior comedy hero and one of the star character artistes in Tollywood, Naresh, has been playing some memorable roles. Recently, he stole the show as a film-crazy father in Sammohanam, and his short but crucial cameo in Mahanati was lauded by everyone.

Now, Naresh has landed a crucial role in NTR, the highly-anticipated biopic on legendary yesteryear actor and former AP CM NT Ramarao. In the movie, Naresh plays BA Subba Rao, the director who introduced NTR as a hero with the 1950 film Palletoori Pilla. Later, NTR and Subba Rao became very good friends and also collaborated for a couple of films. Naresh has already begun shooting for the movie at Ramoji Film City.