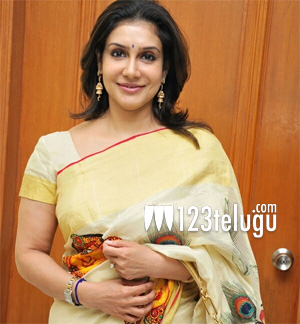 Former Malayalam heroine Lissy is well-known to Telugu audiences through some hit movies such as Rajasekhar’s Magaadu, 20va Satabdham and Rajendra Prasad’s Saskshi etc. However, Lissy quit acting in 1992 after tying the knot with popular filmmaker Priyadarshan.

Now, after a gap of nearly 25 years, Lissy is all set to make her comeback in Tollywood. Lissy will be essaying a crucial role in Niithin-Megha Akash’s ongoing film, which is being produced by Pawan Kalyan, Trivikram and Niithin’s father Sudhakar Reddy. Lissy is quite thrilled on her comeback and is looking forward to acting in more movies.