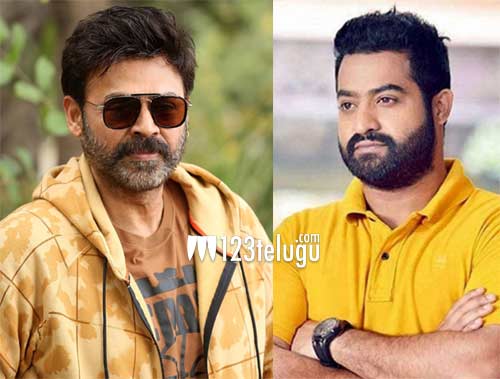 Hero Venkatesh’s latest film, Venky Mama, has had a grand release across the world this morning. Venky has been promoting the film through various interviews. In a latest media interaction, he made an interesting revelation.

When asked which actor of today’s generation he wants to share screen space with, Venkatesh said that he would like to act with NTR. Venky said that he learns new things whenever he teams up with young actors. He also said that he was supposed to act with Nani in the past, but the project was shelved before it commenced.

Incidentally, Venky Mama is a multi-starrer in which Venkatesh shares screen space with his nephew Naga Chaitanya. Venky had earlier acted with Mahesh Babu, Pawan Kalyan and Varun Tej.