Senior producer confirms a film with Pawan Kalyan
Published on Apr 22, 2021 9:00 am IST 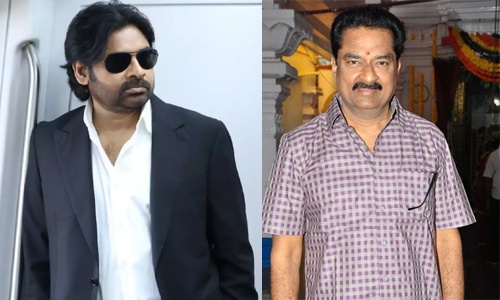 After making his acting comeback with Vakeel Saab after 3 years, hero Pawan Kalyan has lined up 4 more exciting projects in the next 2 years. While Ayyappanum Koshiyum remake may hit screens this year end, Hari Hara Veera Mallu is slated for a Sankranthi 2022 release.

Now, in a latest interaction with the media, senior producer J Pullarao, who’s currently producing Sai Dharam Tej’s Republic, has confirmed that he has locked a terrific script for Pawan Kalyan and that the project might materialize next year uber JB Entertainments banner. Pullarao said that it has been a long-cherished dream for him to produce a Pawan Kalyan-starrer.

Pawan also has a film under Harish Shankar’s direction and the project will hit floors in June or July this year and it will be released next year. Pawan has also signed a film under the direction of star director Surender Reddy and the film will be bankrolled by Pawan’s close friend Ram Talluri.