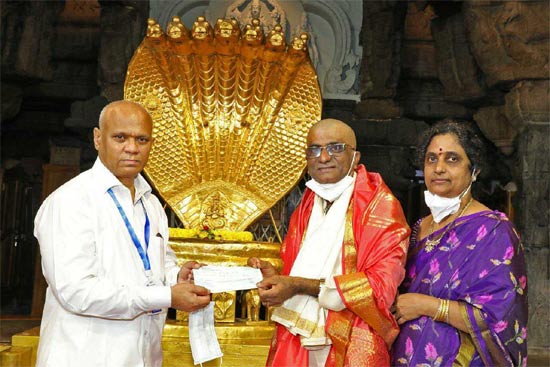 Yesterday, Anand Prasad and his wife Krishna Kumar visited Tirumala Tirupati Devasthanam and offered special prayers to Lord Balaji. The couple later met with TTD Additional EO and handed over a cheque for Rs 1 crore. The money will be spent on the TTD Nitya Annadanam.

A staunch devotee of Lord Balaji, Anand Prasad had donated Rs 1 crore to the TTD Birds Trust in 2015. He even built Sri Venkateswara Swamy temple in the Bhavya residential complex built by his construction company.