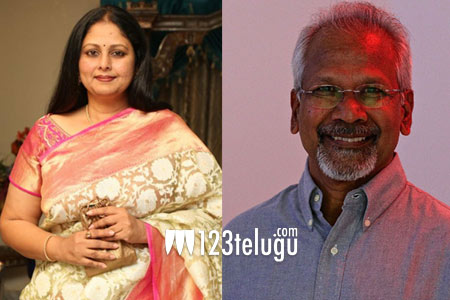 Senior heroine Jayasudha is slowly getting back to normalcy after the tragic passing away of her husband Nitin Kapoor. The actress, who has not signed any movie until now, is said to have been roped in for a crucial role in Mani Ratnam’s soon to be launched ambitious project.

Incidentally, this will be the second time that Jayasudha is collaborating with the master auteur. In the past, Jayasudha played Shalini’s mother in Mani Ratnam’s 2000 hit romantic drama, Sakhi. More details will be revealed when the movie goes on floors in January.