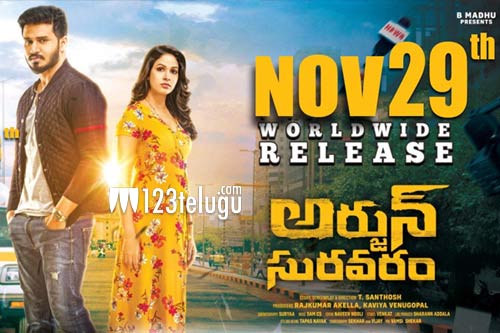 After being postponed several times, Nikhil and Lavanya Tripathi’s Arjun Suravaram finally released last Friday. The film opened to decent reports and even the box-office collections have been pretty decent throughout the first weekend.

Arjun Suravaram is an official remake of the hit Tamil thriller, Kanithan. TN Santhosh, the director of the Tamil version, also directed the Telugu remake. In a latest interview, Santhosh revealed that he is planning a sequel to Arjun Suravaram. However, the second part will be going on floors only after Santhosh and Nikhil wrap up their immediate assignments.