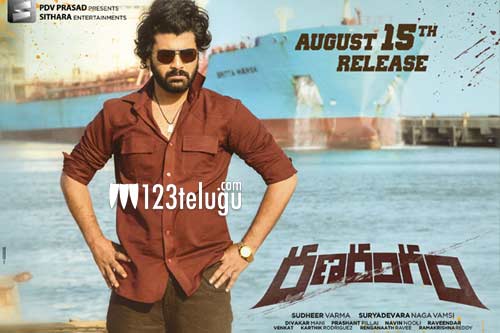 Hero Sharwanand, Kajal Aggarwal and Kalyani Priyadarshan’s much-awaited gangster drama, Ranarangam, is all set to hit screen in a few hours. The film is directed by Sudheer Varma. In a latest promotional interview, Sudheer revealed an interesting tidbit about the plans to make a sequel to Ranarangam.

Sudheer Varma said that Sharwanand recently suggested an interesting story idea for Ranarangam’s sequel. “A sequel will be definitely on the cards if Ranarangam gets audiences’ appreciation. We will begin the second part based on the audiences’ response,” Sudheer said.

In Ranarangam, Sharwa plays a gangster and he will be seen in dual avatars of a youngster and an ageing don. S Naga Vamsi has produced the movie.