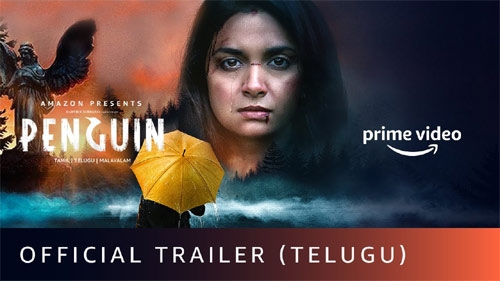 It is a known fact that Keerthy Suresh is doing a film called Penguin in the production of star director Karthik Subbaraj. The trailer was released today and is getting a decent response.

The trailer showcases a serial killer who is after Keerthy Suresh. The story is also about a kidnapped kid which is being showcased as Keerthy’s son.

The sound design and visuals look good. But the one who plays the man behind the Charlie Chaplin guy is kept as a surprise and will be out at the right time in the days to come. The film will be out on the 19th of this month on Amazon.