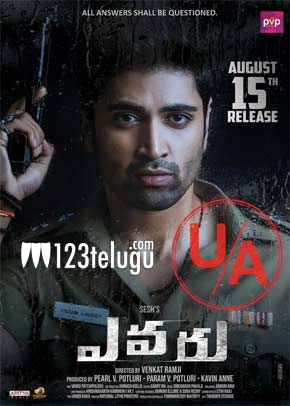 After the successful thriller, Kshanam, actor Adivi Sesh and producer PVP have collaborated once again for yet another suspenseful murder mystery, titled Evaru. The film’s trailer was released recently and it received a good response.

Evaru’s censor formalities have been wrapped up today. The CBFC has passed the film with a UA certificate. Evaru also stars Regina and Naveen Chandra in prominent roles. Evaru has Sesh playing a corrupt police officer who investigates a murder case in which Regina is the main accused.

Venkat Ramji is making his directorial debut with Evaru. The film is hitting theaters on August 15.