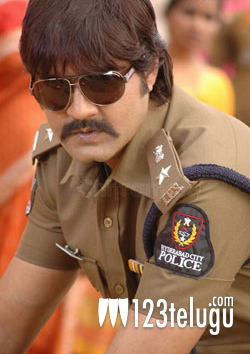 Family hero Srikanth will be seen as a powerful police officer in his upcoming movie ‘Sevakudu’, which is being directed by V. Samudra. Charmee will be seen as the heroine opposite Srikanth. The film is being produced by Muttineni Satya Narayana.

Srikanth is playing the character of Surya, a Police officer who believes in strict punishment against corrupt people who use legal loopholes for selfish gains. Superstar Krishna and his daughter Manjula will be seen in important roles in the movie.

Srikanth’s struggle will focus on legal crimes, courts, the law and how police officers struggle within the system . The movie is being aimed for an end November launch.