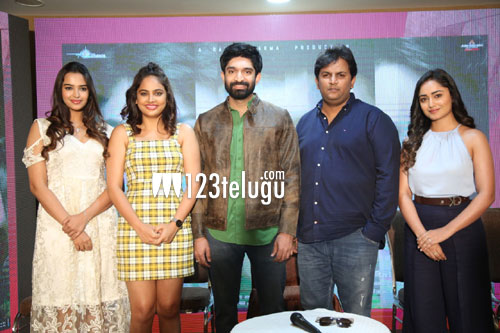 For the last few days, the teaser, trailer and the video songs of the soon-to-release romantic thriller, Seven, have been creating quite a buzz. The film has young actors Havish, Regina, Nandita Swetha, Tridha, Aditi Arya, Anisha Ambrose and Pujitha Ponnada in lead roles. Seven is slated to hit screens in Telugu and Tamil on June 6.

Today, Seven’s team interacted with the media. They have described their film as a gripping, glamorous and amazing thriller. The team has also announced that the film’s paid premieres will be held tomorrow evening at a few select multiplexes in Hyderabad.