Seven to release tomorrow after an out of court settlement
Published on Jun 6, 2019 1:14 am IST 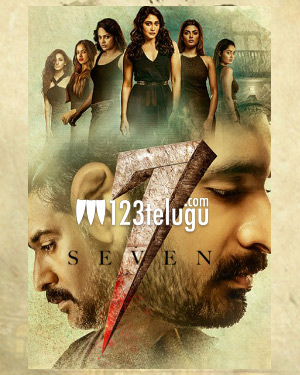 Young hero Havish’s latest suspense thriller, Seven, is supposed to hit screens tomorrow (June 6 ). But, in an unexpected development, the City Civil Court recently issued an injunction order against the film’s release until June 17. A USA based person named Kiran K Talasila had moved the court, alleging that Seven’s producer Ramesh Varma owes him a huge amount of money.

Just when everyone thought that Seven may not make it to the theaters tomorrow, came the much-needed relief for the film and its makers. Seven’s producer Ramesh Varma and Kiran K Talasila have reached an out of court settlement, ensuring that the film releases tomorrow. The film’s paid premiere was held at Prasads multiplex this evening.