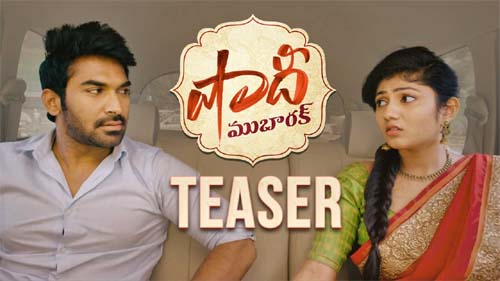 Now that the theatres are open, new films are coming out one after the other. Dil Raju is ready with his new concept-based film Shaadi Mubarak that will be out this summer.

The teaser is out and it is quite quirky and by the looks of it, there is going to be a lot of tongue in cheek humor in the film. The female lead, Drishya is seen as a girl who has to love the sir name of the man she is going to marry.

But the alliance she meets has a funny surname of Madhav Sunnipenta. This itself is quite an interesting line and the comedy derived from it is established well in the teaser.

Directed by Padmasri, this film has Sagar Naidu as the hero. The small teaser is filled with good fun and especially the heroine Drishya clicks among all.