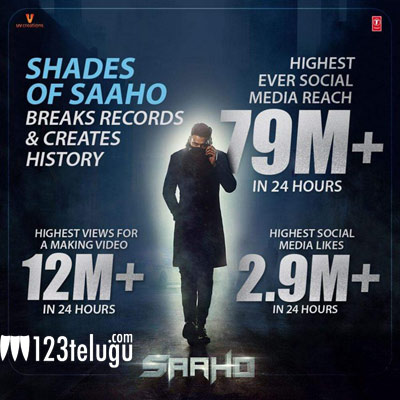 Here’s an overall glance at Shades of Saaho: Chapter 2’s records. Within 24 hours of its release on various social media platforms, the video had amassed over 12 million views with more than 2.9 million likes, a record for any making video ever released in India. Furthermore, Chapter 2 also turned out to be the most popular video with over 79 million mentions on social media.

Needless to say, both Chapter 1 and 2 making videos have been successful in raising the expectations among fans and trade circles. All eyes will next be on the box-office records the film is going to set upon its release later this year.