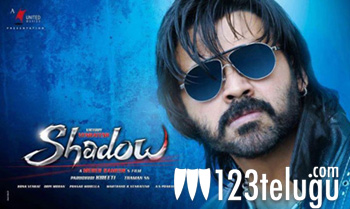 Venkatesh’s upcoming film Shadow has set a new records of sorts for a Telugu film. Director Meher Ramesh has revealed that Shadow is going to be the first Telugu film which will be screened with Auro 11.1 3D sound. “”Shadow” is the first tollywood film with High quality AURO 11.1 3D sound in Prasad multiplex screen with 55 speakers.first theatre in AP. Just cant wait to watch “Shadow “&hear @MusicThaman’s back ground score n songs in Auro11.1 3D sound.Auro sound will enhance the experience,” Meher Ramesh revealed on Twitter. There was a lot of buzz about Auro 3D sound earlier this year when Kamal Haasan introduced it with Vishwaroopam in select few theatres and now Shadow has joined that league. Venkatesh and Taapsee have played the lead roles in this action entertainer. Srikanth has done a crucial role as a police officer. SS Thaman has scored the music. The film will hit the screens on April 26.