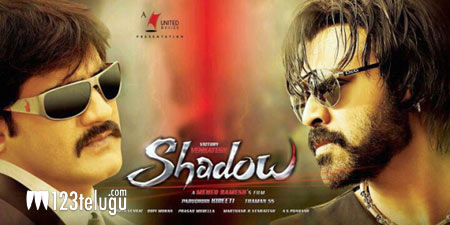 Venkatesh’s upcoming action entertainer Shadow is in the final stages of shooting. For the past few days, the film’s climax was being filmed in Hyderabad and Stun Shiva was choreographing this action episode. Meher Ramesh is directing the film and Parachuri Kireeti is producing the film under United Movies banner. Meher Ramesh has revealed that the film’s audio will be launched in the first week of March. The film’s tunes were locked long ago as the film was earlier scheduled to release in January. Later, the producers decided the film’s release to early summer since Venkatesh’s next film Seethamma Vaakitlo Sirimalle Chettu was scheduled for release for Sankranthi. Venkatesh, Taapsee and Srikanth are playing the lead roles in Shadow. Thaman has scored the music.