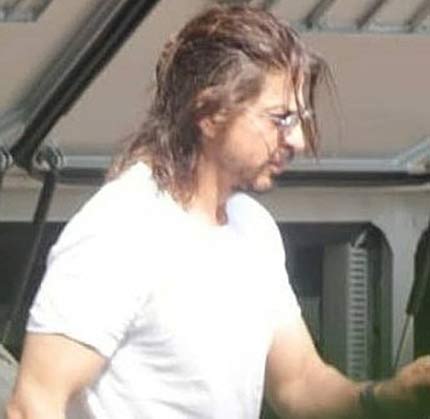 It is already reported that Shahrukh Khan kick-started shooting for a film after a long gap. Titled Pathan, the film’s shooting is underway at Yash Raj studios in Mumbai.

Meanwhile, this morning, a few snaps of SRK in a new look with long hair came out. Soon after the images wer out, they went viral all over and became a trending topic among moviegoers. Being directed by Siddharth Anand, Pathan also has John Abraham and Deepika Padukone in key roles.