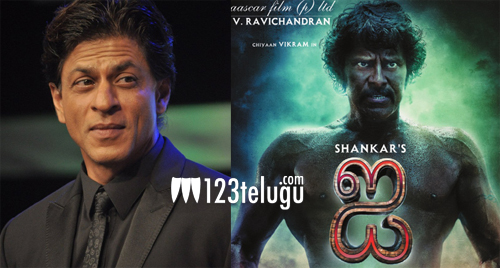 Shahrukh Khan was recently in Chennai to promote his upcoming film Happy New Year. Speaking to a few reporters, he revealed that he was blown away by Shankar’s work in ‘I’.

Apparently, SRK had a chance to watch a few promos of ‘I’ and was taken aback. “The film was made with such style and the scale of the movie is amazing. The technology used in the movie is outstanding and unimaginable. I totally loved the trailer.” said SRK. ‘I’ is slated to release in November and A.R.Rahman has scored the music for the film.