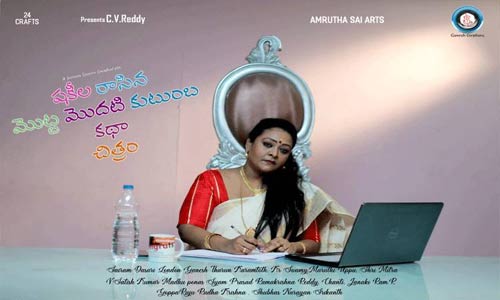 Shakeela was once a popular adult film actress whose films were huge blockbusters in Malayalam. Almost all her films were rated A by the CBFC. She later quit doing such films and took to character roles in mainstream films.

Now, Shakeela’s latest film, interestingly titled ‘Shakeela Raasina Motta Modati Kutumba Katha Chitram’, has been cleared by the CBFC with a clean U certificate. The censor board has reportedly suggested one mute in a dialogue and passed the entire film with any changes.

The film is a musical and it features nine songs. Debutantes Pallavi Ghosh and Vikranth are the main leads in this Sairam Dasari directorial.