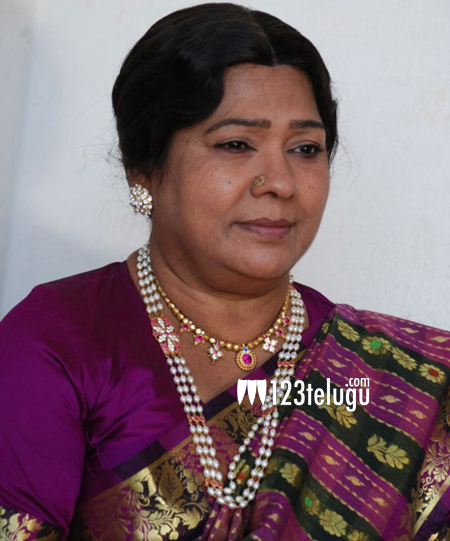 The film industry, fans and scores of her admirers bade a tearful farewell to Telangana Sakuntala who captured the hearts of the movie going public in a career spanning 35 years. The on screen villain and comedian once said that she grew up as a tom boy, her mother dressed her up in shirts and shorts, oiled and tightly tied her hair and often referred her as ‘ma abbayi.

Shakuntala said she never played with dolls and it was always kabaddi or gilli danda, and boys would get scared and complain to her mother; they often felt insecure and hated her confidence. She has always been like a son and also brought up her own daughters like one.

She proudly stated that her daughter is the president of the colony she lives in and handles the administration effectively. Honest to the point of brutal, she gave credit to her husband for her life in theatre but was hurt and taunted him for trying to put a break to her career when she started becoming popular in movies.

It was an Abhiman in real life she guffawed, “either ask her to stay at home or stop cribbing when you send her to work and when she becomes popular. Acting is an art, it’s a gift.” Ironically, though the Maharashtrian was known as Telangana Shakuntala she hated the thought of the State getting divided.