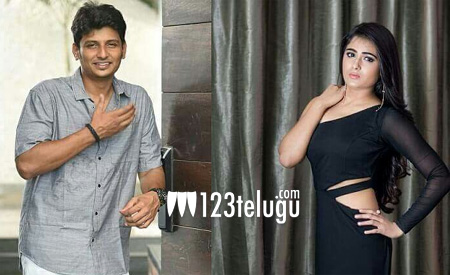 Shalini Pandey became a huge sensation after the success of Arjun Reddy. She has been offered a lot of Telugu films but Shalini chose the Tamil remake of 100% Love alongside G V Prakash Kumar.

Apart from this, she will also be pairing up with Jeeva of Rangam fame for a film to be directed by Don Sandy. The latest we hear is that the film will have yet another star attraction which the makers are keeping as a surprise.

The film will be a complete thriller and Shalini will be seen in a key role. The shooting of this film will go on floors pretty soon. Sam CS will compose the music.