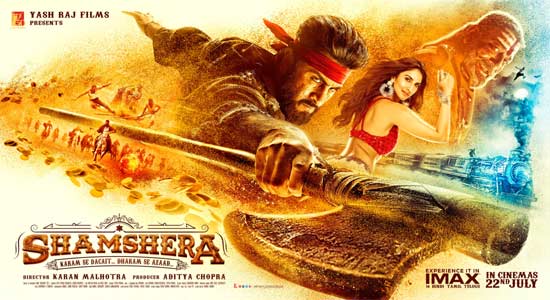 Shamshera is a film that Ranbir Kapoor had pinned a lot of hopes on. The film was made on a huge budget and was released last Friday.

But the word-of-mouth talk was bad and the film sunk at the box office. The film has now made 31 crores in its first weekend and is almost running out of theaters.

Yash Raj Films produced this film which had Vaani Kapoor as the heroine. The film has also released in Telugu and has sunk without a trace here in Telugu states.