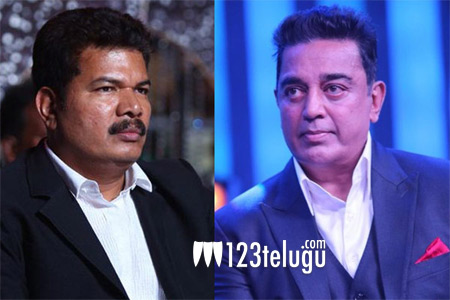 Even as he is busy wrapping up the post-production formalities for his upcoming sci-fi thriller, 2.0, maverick director Shankar has just given a flying start to the most eagerly awaited social drama, Bharatheeyudu 2, starring Kamal Haasan. Shankar flew down to Taiwan from Los Angeles to fly the Indian 2 air balloon along with the film’s core crew on January 26.

To all those wondering about the Taiwan connect to Indian 2, here’s a small trivia. In the 1996 film Bharatheeyudu, Kamal Haasan plays Senapathy, a soldier in Netaji Subhash Chandra Bose’s Indian National Army (INA).

Subhash Chandra Bose reportedly died in a plane crash in Taiwan in 1945. As a mark of respect to the greatest Indian freedom fighter, Shankar and his team kick-started Bharatheeyudu 2 in Taiwan on India’s 69th Republic Day.

Leading Tamil production house Lyca Productions will bankroll this much-awaited sequel. There has been a strong buzz that happening young music composer Anirudh Ravichander will score for Bharatheeyudu 2 instead of AR Rahman. However, an official announcement is awaited in this regard.