A couple of days ago, reports of the Egmore Metropolitan Magistrate Court issuing a non-bailable warrant against director Shankar went viral on social media. The court has reportedly issued the notice to Shankar after he failed to appear before the court in connection with a case related to Enthiran (Robot in Telugu) story plagiarism issue.

However, Shankar released a press note yesterday and expressed his shock over the false reports of being slapped with the notice. Shankar said that his advocate has approached the Court and brought this (false reports) to the Court’s attention and got the confirmation that no warrant has apparently occurred due to a glitch in the online court reporting, which is presently being corrected.

“I am very surprised to see such false news being circulated without any verification, and the same has caused needless anguish to my family and well-wishers. I request this clarification will be carried by all media to ensure that such false news does not spread any further,” Shankar said. 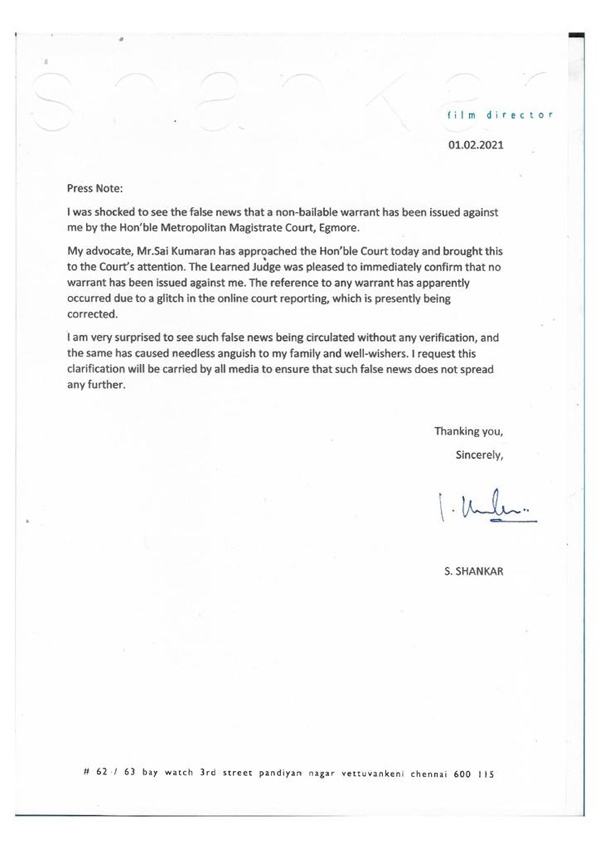