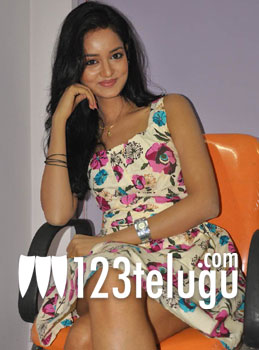 Shanvi, who was last seen in Adda, has grabbed a big project in Telugu. She is all set to team up with Vishnu Manchu in RGV’s upcoming film. Mohan Babu is playing the lead role in this action entertainer which is set in Rayalseema backdrop.

Before the film went on floors, there were rumours that the makers were in talks with Regina to play the lead role; however, the film’s shooting began without a lead actress. Now, Shanvi has confirmed that she’ll be joining the film’s sets in couple of sets. After a long time, RGV is said to be making an action comedy and both Mohan Babu and Manchu Vishnu are quite excited about the project.

More details about the film are going to be revealed soon. Mohan Babu and Vishnu Manchu recently teamed up for Pandavulu Pandavulu Thummeda which is currently running in theatres.