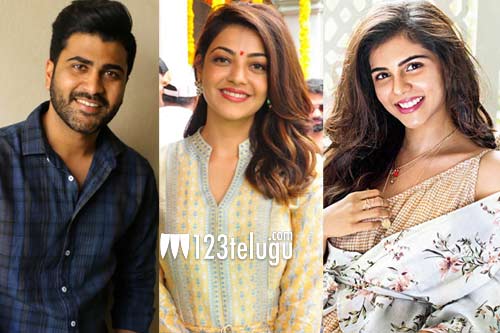 Sharwanand and Kajal Aggarwal’s as-yet-untitled gangster drama has been in the making since a long time. Young Malayali beauty Kalyani Priyadarshan essays a crucial role in the film. Sharwa will be seen in two roles in this movie.

Now, a latest update reveals that the film will be released on the 5th of July. However, the makers are yet to make a formal announcement regarding the release date. The film’s entire shooting formalities have been wrapped up except for a song and a few of patchwork. The post-production work is underway simultaneously.

The film is being directed by Sudheer Varma. Suryadevara Naga Vamsi is bankrolling the film under Sithara Entertainments banner.