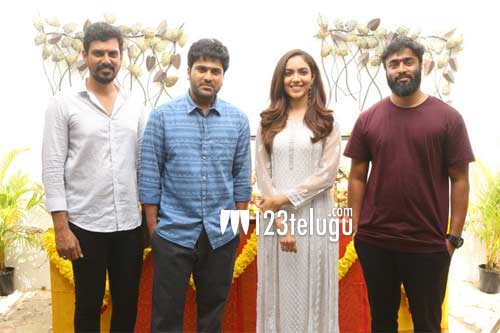 Looks like Sharwa wants to make a comeback to Telugu cinema as soon as possible after the failure of his last two films. So, he is signing films back to back.

Now, the latest we hear is that he has started a Telugu film silently without anyone’s knowledge. The romantic drama is being directed by debutante Shree Karthick and has started its shoot in Chennai.

Pelli Choopulu fame, Ritu Varma plays the female lead in this film and what’s special is that director Tharun Bhascker will be penning dialogues for this film. The film is produced by Tamil banner Dream Warrior Pictures.