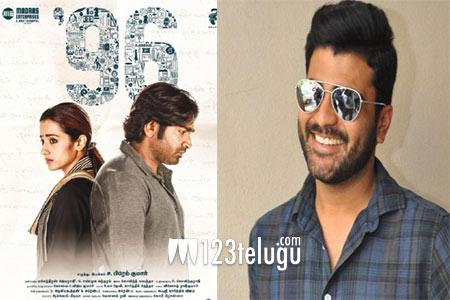 For the last couple of months, the Telugu remake of the super hit Tamil romantic drama, 96, has been making a lot of buzz. Dil Raju is going to bankroll the project and Prem Kumar, the director of the Tamil original, will helm the Telugu remake as well.

We had reported earlier that hero Sharwanand was rumored to be in talks to reprise Vijay Sethupathi’s role in 96’s Telugu version. But Sharwa has ended the suspense in a latest interview. He has confirmed that he will be acting in 96’s remake and the an official announcement will be made once the modalities are worked out. Meanwhile, the heroine for this much-awaited remake is yet to be locked.