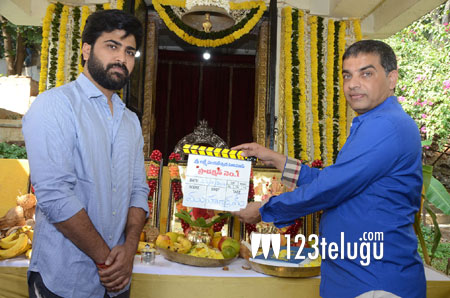 123telugu.com had earlier reported that hero Sharwanand’s next film will be in the direction of Hanu Raghavapudi. The film’s muhurat ceremony took place in Hyderabad this morning, with leading producer Dil Raju sounding the first clap.

This as-yet-untitled movie is said to be an intense love story. Fidaa beauty Sai Pallavi is the film’s leading lady. The film will be shot extensively in Nepal. New producers Prasad Chukkapalli and Sudhakar Cherukuri are producing this film under Sri Lakshmi Venkateswara Cinemas banner. Nani-Hanu’s KVPG fame Vishal Chandrasekar is going to score the music.